»You can also install Subway Princess – Endless Runner APK files from the browser on your Android smartphone or tablet.

» Get the Subway Princess – Endless Runner APK file you want to download, and tap it (you should then be able to see it downloading on the top bar of your Android device).

» The Subway Princess – Endless Runner app will begin installing on your device.

Below Include Full Information about the Subway Princess – Endless Runner App.

Subway Princess – Endless Runner is an endless princess run game, be the best runner, and save our beautiful princess! A Princess run and play in a subway, Help Him to run and collect all coins and gifts.

Subway Princess Run game is easy to play and hard to master. Do endless royal running with the beautiful princess on amazing tracks. Run with a royal princess runner on the subway tracks. Jump, dodge, and slide through various obstacles.

Subway Princess – Endless Runner need help to complete her journey to the city by pass so many obstacles on her subway run.
Don’t forget to dodge all obstacles in the way. Princess runner as fast as possible.

Free Princess Running Game – Highlights
• Subway Sofia Run First Princess is based on that popular princess with lots of running and jumping.
• All your friends are playing subway girl. Explore this thrilling and challenging game princess runner for free!
• Beware that the difficulty increases so put on your gaming surfer princess boots! Do not forget to collect as many coins for jet-pack, pogo, running shoe, multiplier star upgrades!

Amazing Subway Princess – Royal Princess game rhythm
• There will be a surprise to run along the way in the train rail, city road and special gift to earn if you’re lucky!
• You can also equip your props in order to become the ultimate explore!
• Collect coins & gems to get high scores

In our subway runner game you can pick from many cool characters and skins, you runand surf as fast as you can and jump over buses and trains to collect coins. When you go into the subway run use your jumping powers to avoid the trains and buses.

Subway princess runner First Princess is extremely fun, addictive and will keep your entertain for hours!
Get the most awesome princess Subway runner 2018 game now! 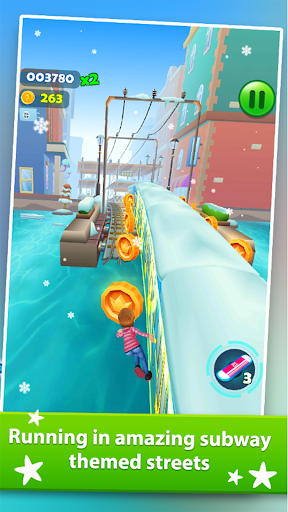 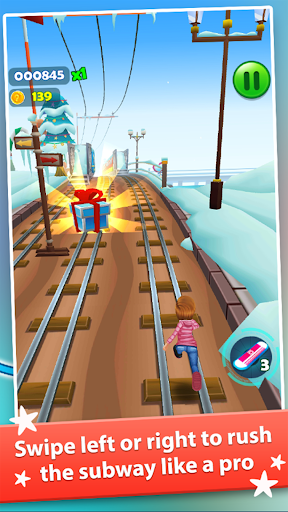